Hi everyone! Great work on Rhasspy by the way. I picked up a Matrix Voice ESP32 as well as a couple small speakers. These are the ones here:

I’ve flashed Romkabouter’s MQTT audio steamer but can’t seem to get audio output on the speakers. The headphone jack does output audio responses. Interestingly the audio seems to be on the headphones when I have amp_output as 0 or 1.

Apologies if this isn’t the right place for this question! I hope there is a simple mistake I’ve made somewhere as if this works I think I may get a few for around the house.

Oh my…I misread the instructions on the topics. I was publishing to hermes/audioServer/siteID/audio rather than directly to siteID/audio. Well that’s a facepalm moment!

Thanks for the help and the great project!

How big are those speakers?

Currently I have this:

I want to create a casing for it.

They look similar to yours. 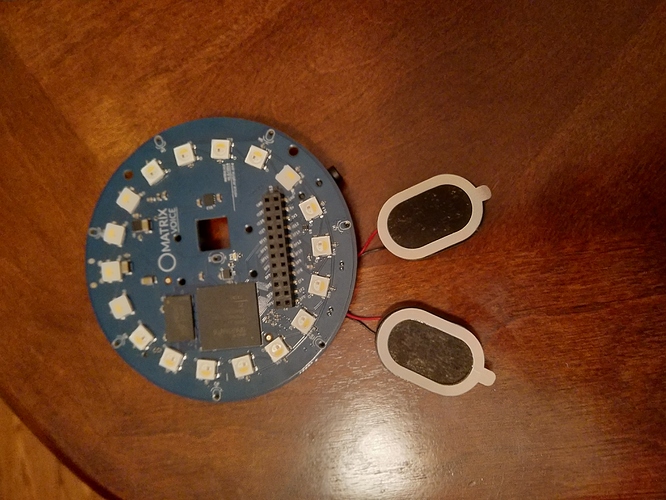 By the way if anyone is interested. I was able to perform the initial flash from a RPi 1B with the 26 pin header on it. Looking at the pinout of the matrix it appears that only one of the additional pins is used and it was to do with mic input or something like that.

Is the sound ok? Looks great, so I might order these since I only have one speaker

They sound pretty good given the size and how cheap they were.

I am having a similar problem setting the audio output on Romkabouter’s MQTT audio streamer. Other MQTT commands work however, the {“amp_output”:“0”} to the siteID/audio topic does not. The debug topic returns ‘InvalidInput’.
Thanks

I’ve got a couple of speakers like @Zoso
I am getting bad audio after first plugging in the Matrix, but after it plays just a few sounds, I get a hiss noise and it will no longer play audio until it’s powered off/on. Any ideas?

I hear the hissing sometimes as well, no idea what is causing that yet.

Most probably my lack of skills

Yeah, the odd thing is I completely loose audio. I get a surge of audio when it first wakes, then it gets fainter and fainter. By the 3rd time waking it, I can’t hear the audio. At this point I have to physically power cycle the board to heard audio again.
I’m wondering if I’ve got a bad board. I’ve had it a long time and used it with a Pi in the past, but this is the first time I’ve tried the onboard audio.

Ok, that is strange. I do not have that issue.
Sometimes hiss, but then normal audio again.

Audio stream is sometimes disconnected, but there is a mechanism to reconnect.
I have a rhasspy stream sensor which count the number of messages on the audioFrame topic.
Pretty stable on my network, so hard to identify issues

I’ll have to grab a headphone speaker and try later to see if it’s something with the stream, but the fact the audio “goes away” leads me to believe it’s the board.

On a different subject, have you looked at Tensorflow for the local wakeword? There are a few examples out there that I believe would allow for training a custom word for the ESP32. 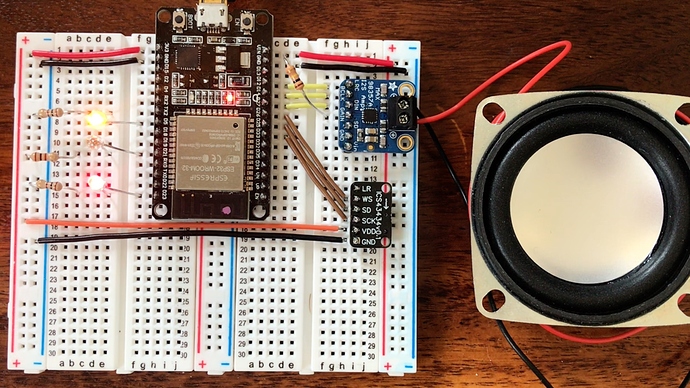 Command recognition research. Contribute to atomic14/diy-alexa development by creating an account on GitHub. 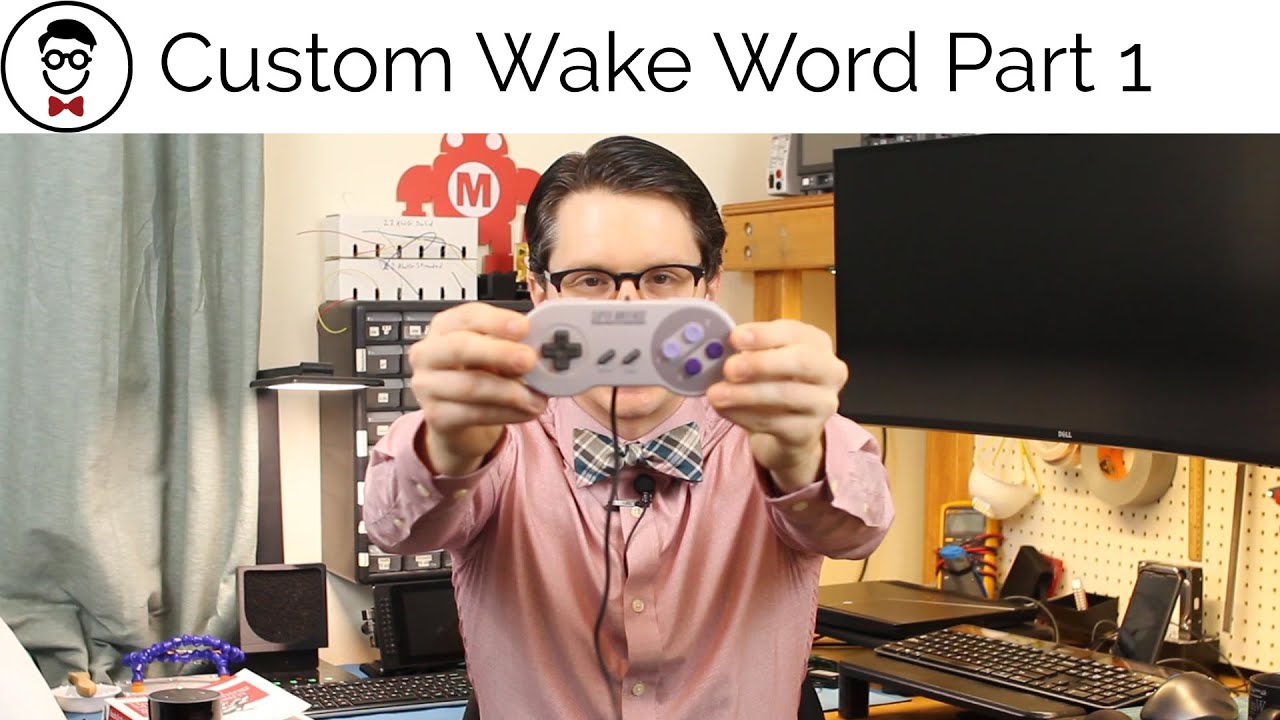 Actually, the streamer has Alexa build in. 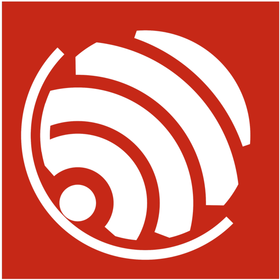 Speech recognition. Contribute to espressif/esp-sr development by creating an account on GitHub.

Yes, I’ve been playing with it! Awesome work by the way, and thank you. It triggers quite well.
I’d been watching the Espressif work, but it seemed too closed source for the wake word and I was trying to find a way to setup the same word as 3 private words for 3 people to try and identify them by voice.

With Tensorflow it’s possible at least to train your own word. I’m just hoping the sample size for a “private” wake word is much smaller than a “universal” wake word which requires a ton of samples. Similar to how Snowboy allows for a 3 sample private training.