Yet Another ASR WeNet 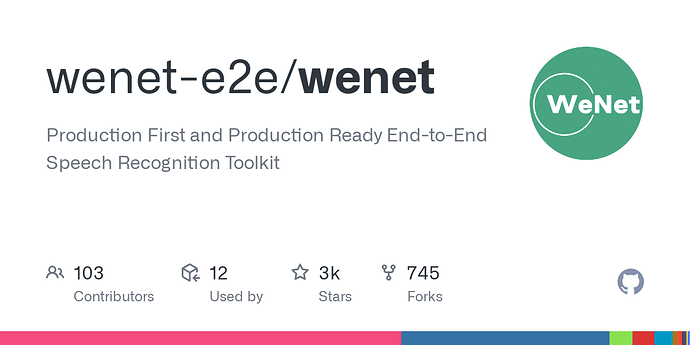 Look quite interesting as quite new and currently only has models for En, Cn.
Acknowledge

As they state they have started afresh by borowing a lot of code from older previous ASR and tried to create a best of as haven’t checked it out yet but its on the radar.
OPenAi’s Whisper seems king of the hill, but they only give the model and not the training routines.

Prob the easiest x86 demon also
Clone the repo
Download the gigaspeech https://wenet-1256283475.cos.ap-shanghai.myqcloud.com/models/gigaspeech/20210728_u2pp_conformer_libtorch.tar.gz
and extract into the repo folder
The folder name is slightly different than stated so just copy the folder name you have extracted
run the docker command
As its says runtime/libtorch/web/templates/index.html in the browser directly
Your up and running and seems extremely light on my x86 machine but would have to test on a pi.