Rhasspy does not understand me anymore (Kaldi issue)

Evening everyone,
today I thought I would teach my voice assistant a simple skill that tells me if I can open my window or if I will melt if I do so. I added the sentences to rhasspy and tried to retrain. After a few initial problems (I did add a questionmark at the end of my sentence out of habit) I got it trained, and here the fun began.

At first, it just didn’t react to anything anymore and I had to tweak the voice command settings for it to even try to understand something, even if it worked before retraining. After I got it to somewhat reliably at least output what it thinks it understood into the text field of the homepage, I was somewhat shocked by what I saw. If I had replace unknown words enabled, all words were unknown, even if it should know them, and if I disabled the unknown word replacement, it completely misunderstood what I said and it still replaced some words with my unknown placeholder.

For all my tests I asked it "Wie viel Uhr ist es" or "Wie spät ist es" which is basically inquiring after the time. I did check the audio of the voice file, apart from a bit of noise which happens because my voice assistant is literally sitting on top of my pc which was on, it was clear enough that it should at least get a few words right. What it understood was the following:

Before adding 2 sentences and retraining, it worked pretty well and could even understand what I wanted while my shutter was moving itself down, so I am pretty sure something is wrong here, I just don’t know what to do to fix it…

Does anyone have any idea what I can do to fix this? I already tried redownloading the kaldi resources, but that didn’t change anything at all.

Here are my current settings, though I did have to tweak the voice command settings to even get it to try and understand anything at all. VAD Sensitivity used to be on one, the rest is the same. 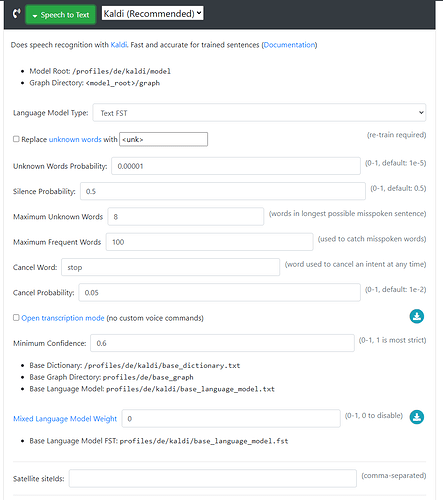 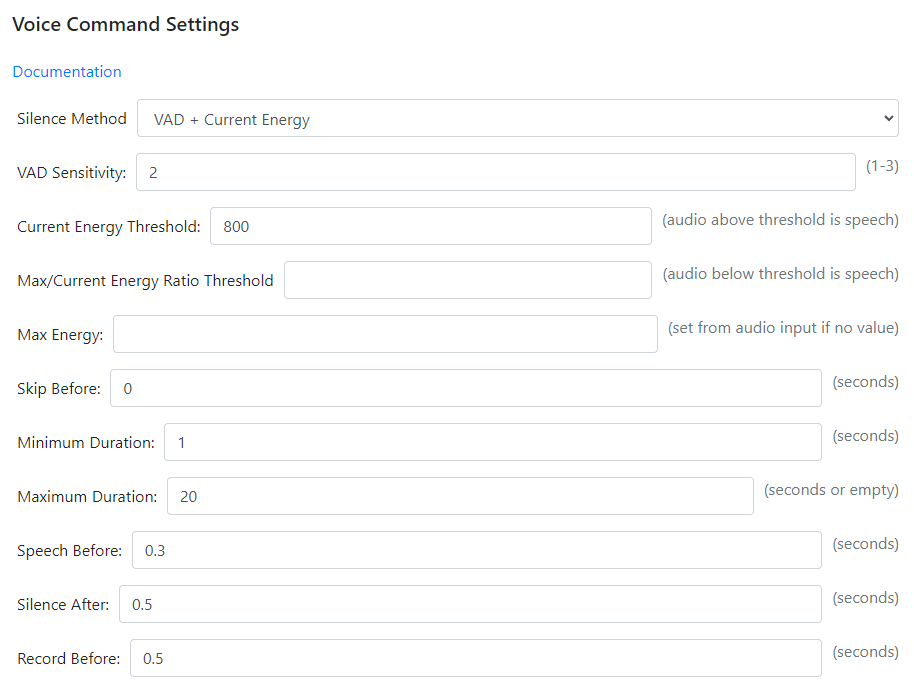