You’re further along than I am - but this post may help:

browsing the code I found that the text-to-speech api accepts the siteId as a parameter so you can specify on which satellite to play the message through the url http://localhost:12101/api/text-to-speech?siteId=yourSiteId.

The TTS rest payload in HA might need to be adjusted based on a siteId variable (hopefully it is exposed as well in the event), I’ll have to play with this in the next couple days and see if I can get it set properly.

The TtsSay should be sent to the site id from the intent, which should have ultimately come from the satellite. Can you follow the MQTT messages from wake -> ASR -> NLU and see where the breakdown is?

I’m using HTTP now instead of MQTT as I wasn’t able to get MQTT working correctly.

Is there a way for me to get the info you are looking for?

The TtsSay should be sent to the site id from the intent, which should have ultimately come from the satellite. Can you follow the MQTT messages from wake -> ASR -> NLU and see where the breakdown is?

I’m thinking that the siteId is just not being set in HA, as there is no siteId sent back in the url:

You’ll need to set up Home Assistant to output text to your Rhasspy for TTS, example in configuration.yaml:

This should be able to be modified with the siteId variable in the url. I’ll play around with it tonight.

I looked at the JSON received by HA and then on the Rhasspy Base and the SiteID is being set to ‘Rhasspy-Base’
The JSON on the Satellite shows the SiteID as ‘Kitchen-Sat’.

I’m experiencing the same issue - I’m not seeing any JSON attribute being sent to HA to determine the satellite siteId. I think this will be a necessary property to get HA to send back TTS to the proper device.

I’ve switched to HA intents on the base and MQTT on the satellite, and it looks like the base does not handle the intent when it receives the message - is this a bug?

When I transmitted the information via HTTP from the satellite, the base did actually handle the intent and send it to HA.

Base config (I also have the FrontRoom Satellite siteId entered under Speech to Text, Text to Speech, and Dialogue Management): 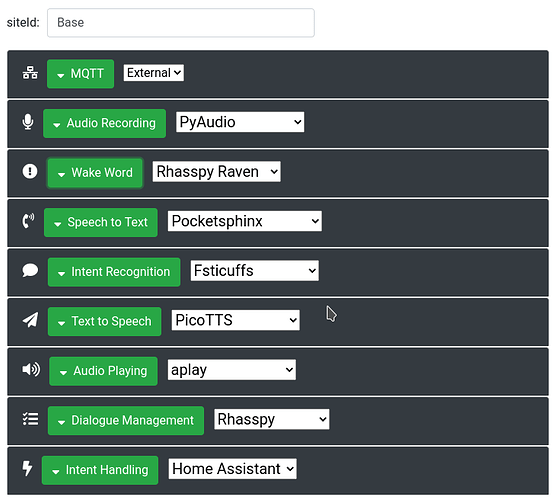 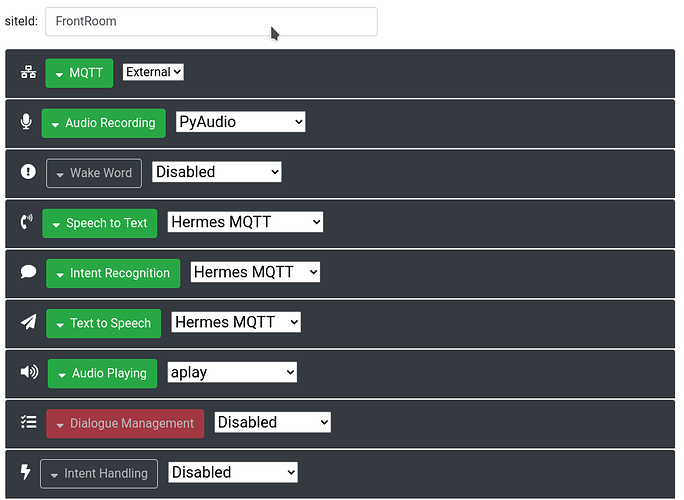 Rhasspy normally doesn’t listen to messages from the various satellites but we have to specify in the base. 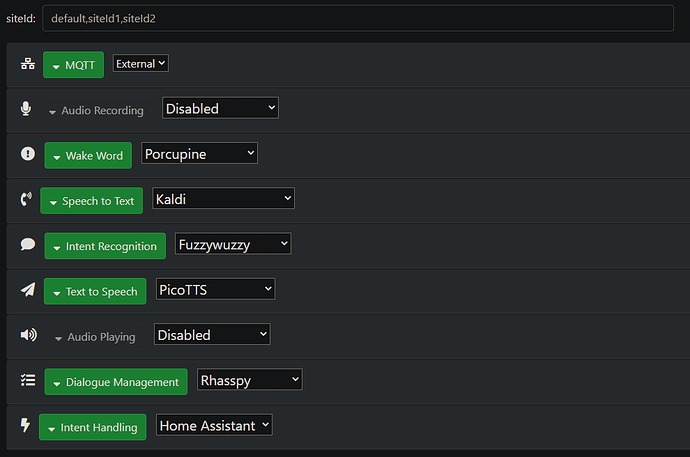 Rhasspy normally doesn’t listen to messages from the various satellites but we have to specify in the base.

I’m not sure this is the correct answer - the documentation doesn’t show the remote siteId placed in the base siteId: 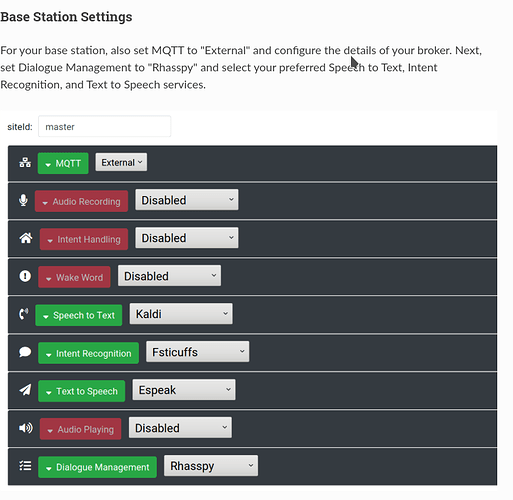 The documentation says that the satellites should be put under the applicable areas here: 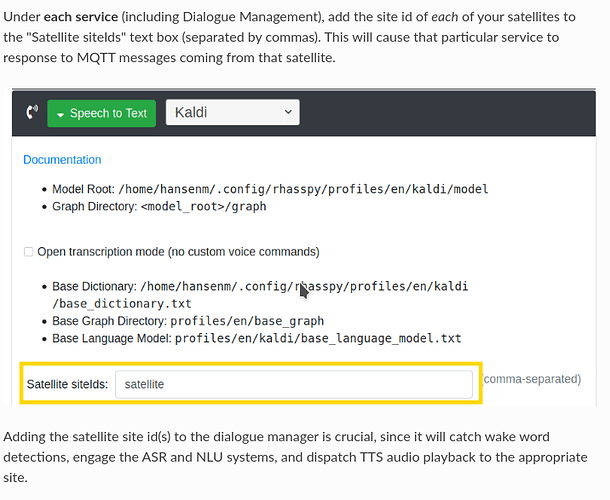 Having said that, putting the satellite siteId in that place indeed does pass through the intent, but it plays back on the base rather than passing through to the satellite, so it is still quasi-broken this way…

It seems that when the base receives the intent from the satellite it changes the siteid to the Base’s siteID.

I opened an Issue on Github for this issue

I opened a githug issue.
Let me know what other information you need from me

Hi, I know this is an old thread but am having an issue with Rhasspy addon. Satellite works fine sending the speech to the base. Base translates well what I say and tries to connect to HA intent but it fails with 404. I am not sure what to put in the HASS part of the addon, am using SSL with HA and I put the URL of https://xxxx.duckdns.org:8123 in the URL field in Intenet. I also tried the IP address and it also failed