Has reSpeaker 2-mic HAT been retired?

In Rhasspy documentation and forum the reSpeaker 2-mic HAT is mentioned fairly often; and in some cases recommended with RasPi Zero for low cost satellite devices in different rooms around the house.

For my first attempt at voice assistant, the 2-mic HAT was out of stock so I bought the reSpeaker 4-mic HAT - only to discover it is based on a different chip. It is working well now with a RasPi 3B I already had spare, so that’s OK.

For another room I purchased a RasPi Zero WH and - because reSpeaker 2-mic was out of stock again - an Adafruit Voice Bonnet which uses the same chip and respeaker firmware. The Voice Bonnet had a high-pitched whine, and the button is jammed between the left mic and LED which makes it impractical to put in a case.

It appears that raspberry Pi suppliers here in Australia have “retired” the reSpeaker 2-mic HAT, yet still stock the reSpeaker 4-mic HAT. is this happening overseas as well ?

Is there any actual problem with the 2-mic HAT ? And are the other reSpeaker models being quietly “retired” as stock sell out ? 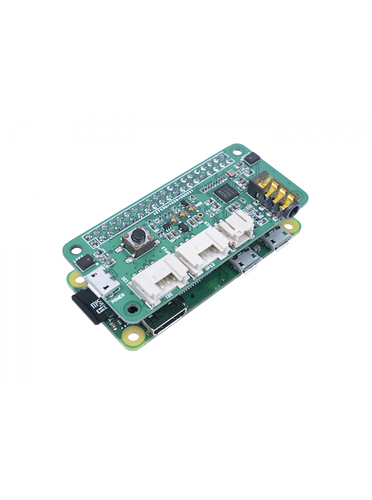 ReSpeaker 2-Mics Pi HAT is a dual-microphone expansion board for Raspberry Pi designed for AI and voice applications. You can build a more powerful and flexible voice product that integrates Amazon Alexa Voice Service, Google Assistant, and so on.

,and here in Germany at least its still easily available at local sellers too.

Have you looked at one of the available clones like the keyestudio version which you can find on ebay or aliexpress?

I have had more problems with china-sourced purchases than good experiences. Current is a packet of seeds which supposedly have been at Shanghai airport for over 2 months.

Strangely, on Amazon and eBay, the overseas items are noticeably more expensive than the local (out of stock) supplier