PS3eye does that all the time, dunno why its gets recommended so much as the alsa controls are not right either.
It works OK.

Dunno think it might be the desktop that has powersave options. So dunno.

That seems to be a common message with USB sound devices:

PS3eye crops up a couple of times in that 1st page and its cruel for it.

I have been running a few USB sounds cards due to EC testing and maybe because I am trying to get ones with a stereo ADC they are a little better than average but the edimax without postage was only £5.
Never get any such messages but do at times get a strange one about it waking up with no data but nothing happens and haven’t a clue why pulse recommend contacting alsa.

Think its cheap old webcams and soundcards but most don’t do such things.

Hi @koan, I have rhe same issue as @lilbuh has
and it happend after full reinstall 2 weeks ago or so
in dmesg i see some red lines

but according to my tests

so i guess it’s not hardware issue. Rhasspy recognizes my voice, and can play it

maybe a stupid question, but is it possible to download NOT the latest docker image? maybe april one…

That is another PS3eye isn’t it as there does seem to be a pattern here and on the web with the ov534 driver.

maybe a stupid question, but is it possible to download NOT the latest docker image? maybe april one…

I’m not sure you can, because they are all published with the same tag 2.5.0-pre.

That is another PS3eye

Yes, it is. I know you hate PS3eye, but…
-it’s cheap
-it looks good staying on my desk
-it’s fully supported by RPi, just plug and play
-It has embedded camera and I use it
-It’s more than enough for me, and have been working since Snips

I’m not sure you can

Goggle how many errors it causes it has a titanic history of problems.
Its a piece of hardware that was designed for a console that only works on a PC because the silicon available was PC stock.
Its not fully supported its driver is an incomplete reverse engineered hack that can be proven by doing a simple alsactl store.

If your ever ill, please for your own good don’t use similar choice methods for remedies, for you own benefit.
Use your preference it is no bother but don’t expect any support as its got nothing to do with hate as that would be purile and illogical.
It causes problems and it wastes time as it has in many projects where its been used as its history is documented through what can be returned in a Google.

Basically its c*** and you wasting energy by even posting about it.

I have one on my desk that remains from my initial exploration of Mycroft and thier recommendation and the only reason its not in the bin is because I am a terrible hoarder and hate waste.
I do hate waste and really it was buying it.

It was exceptionally good on the PS3 for time and cost its reuse on the PC is not so and it seems an urban myth based on previous glory and that it has 4 mics that create far more problems than benefit.

The kernel module snd-usb-audio is not great at the best of times but in conjuntion with that device its actually quite awfull to control, there are a few webcams of that time that are still a bit flakey and really sensibilly should be avoided.

@rolyan_trauts Almost every your message is about how PS3eye is bad. Ok I got it

But you should admit that different people have different needs, and basic home usage is not the same as sound projects you failed because of PS3eye

So if you want to help solving the issue, you can completely remove 2.5pre docker container and image, then get fresh one, and check whether it works for you
If you don’t… just ignore my messages. It’s easy.

There is no solving the PS3eye and the project should definately not revert back on the premise of one users wish to use a historically broken device.

You can ask like you can use the PS3eye and see where it gets you.
If there is an update that helps it limp along then hey go for it, but users should be aware its always likely to cause problems that are not inherrent with other devices in use.

Stating that all problems are caused by PS3eye won’t help the project. Especially when you have no evidence except “go google it”.
Just try to live with the fact that many people still use it, and don’t be so emotional.

There is no emotion or niether I am saying all problems are caused by the PS3eye.
Just that PS3eye problems are a waste of the projects time.

niether I am saying all problems are caused by the PS3eye

So may we “PS3eye users” post some our problems here? ok?
If you see real hardware issue, for sure, your help will be appreciated
But if you don’t, I think there is enough such comments across the site:

Thats the truth as have been trying to tell you.

you know what to do 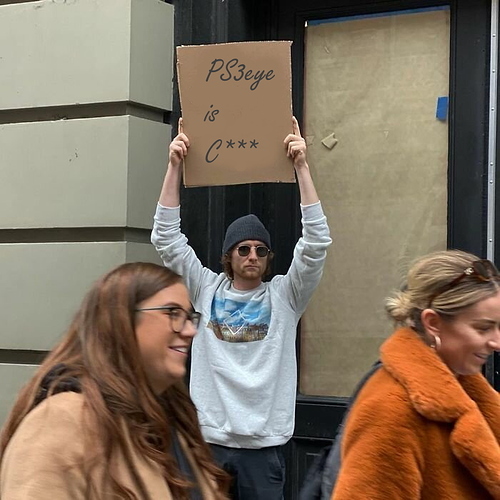 Coming back to the initial topic

This has definitely to do with pyAudio specifically.

On 1 of my PI, I reverted to arecord on Friday and no crash for the last 3 days. On 1 of my PI still running pyAudio, I got this input overflow in 1.5 hour after docker restart this morning…

That doesn’t surprise me. I remember seeing similar messages when I was testing hermes-audio-server, which uses PyAudio, and I never found out how to prevent these frome happening. It was quite erratic and I spent a lot of time trying to debug these messages. But now with the ReSpeaker hardware I don’t have this problem anymore with Rhasspy 2.5.0-pre.

Which Respeaker HW do you use?

I have 2-mics PiHat and 4-mic Array (the square one) but the arecord output has much less background noise with Jabra 410 compared to both Respeaker devices. I guess it should be better for Wakeword and ASR, that’s why I stick to the Jabra for all my PIs (which was my Snips setup, btw).

I’m using the 2-Mics HAT and I also have the 4-Mic Array lying here, but haven’t found the time yet to test the latter.

Let me followup on this. After switching to arecord (instead of Pyaudio), the issue has fully disappeared. Therefore I will close the topic as Soved.