Not looking good as looking like its firing out on the i2s-O0 which sort of negates the whole point if you have to fit a DAC.

I am just going to go back to analogues and work it out myself as if the voltage kills the adc, it kills it as given up waiting for radxa to publish something.

Well dunno why I waited for so long as just thought what the hell connected 3.3v to vcc of the module and gnd with a parallel gnd running back to the mic-n pin with out to the mic-p pin.

Analogue mems seem a bit quiet but fine and the electret with the Max9814 mighty sensitive as usual.

I just connected without dc blocking caps and yeah both have a dc buzz, but much less than my lazy approach expected as thought without the caps it would be horrendous but ok to test.
Really wish there was a mems avail on that Max9814 as they are much smaller and less prone to vibration but hey ho.

Got some parts ordered so will do a write up on the RockPiS when I put this together with software.

Have you tested the mics sensitivity in far field conditions (a few meters away)? Is the MEMS performing better than the electret in this situation?

Electret due to the MAX9814 mic amp is far more sensitive. With the 50db gain and 13.5 on the codec seems a sweet spot.
The 60db gain on the Max9814 (gain pin floating) I think is more optimism than anything as induces hum.

so can not give you definitive.
I live by the sea and did notice in the recording I could hear a seagull outside and also a car that went past.

I have a feeling they will be really good for far field but quite a pain to isolate from vibration and noise and need really good isolation.

The sensitivity and cost of the electrets has perked by interest and the Rock-Pi-S has onboard mic bias.
And due to the sensitivity its perked my interest especially on cost as Micbias goes to Electret+ and Gnd to Eletret- and then on the RockPiS those Electret +/- is just fed through a 100nF DC blocking cap on the MicP & MicN on the GPIO.

I2S is the same as all the mems are actually quite good far field but to my surprise they don’t seem to be as sensitive as plain old electrets.
Yes they have better isolation and are conveniently tiny and don’t lose charge over time but if that way is OK then the rockpis and electrets is just so cost effective.

It does have a rake of interfaces and its biggest problem is the 2x 26 pin headers isn’t enough but PDM is there also.
There $3.50 each but wow -26dB ±3dB @ 94dB SPL kicks the hell out of the analogue and I2S so far tested.
Should of got them from adafruit but found them first on aliexpress 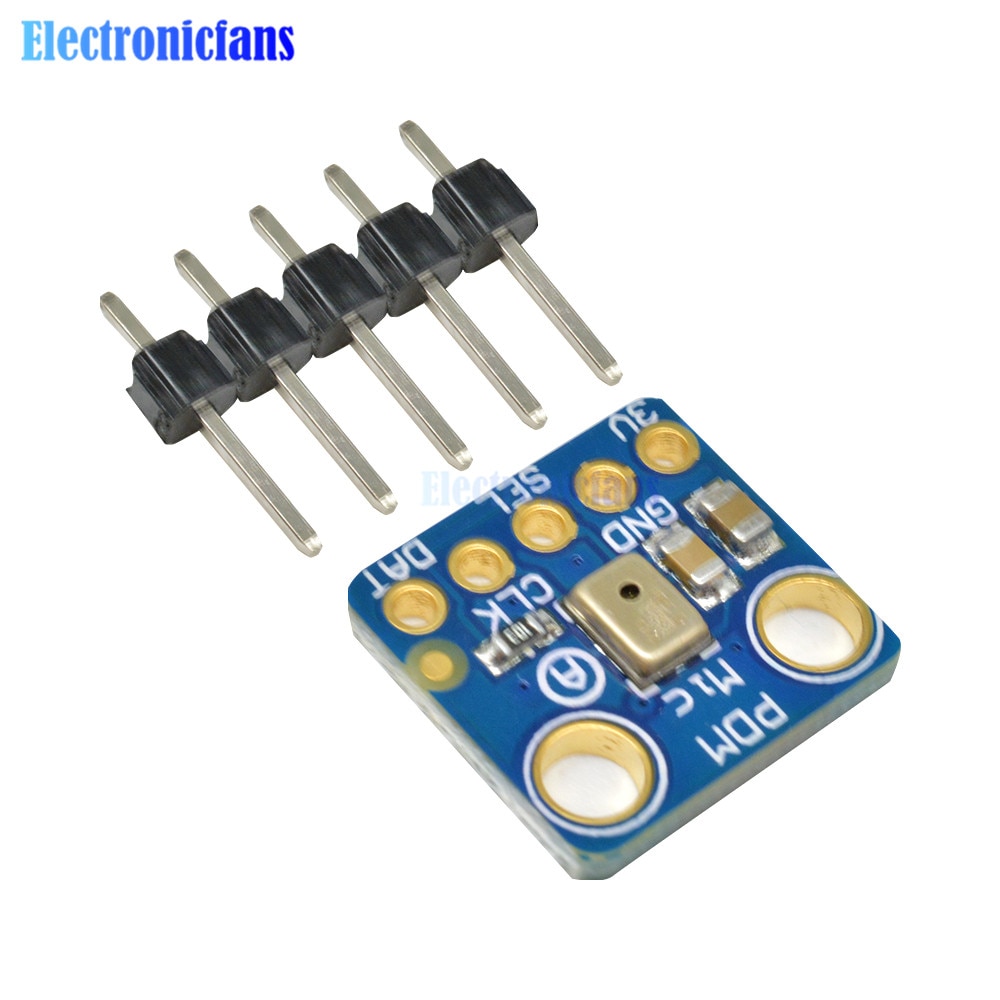 Still scratching my head how to write to the onboard registers say echo 0x60 0x40ff0168 > /sys/kernel/debug/vad/reg as baseaddress and offset is making zero sense to me.
Pretty sure you can switch the onboard dac to the I2S_O but external dacs and mics both work on 8 channels.
Address: Operational Base + offset to what I am reading just isn’t making sense or working.
Seems a typical technical translation where things like “The difference between a duck is that one of its legs is both the same”!

The PDMs will work with internal dac as its RX only unlike I2S but the down side is they are not cheap or at least not cheap compared to others, especially just plain old electrets driven by the board micbias.

Guess I should do an update on the RockPiS and its been a fair old pain in the proverbial.

Sadly in its present configuration my suggestion is a $4 I2S Dac & the $2 I2S mics only.

I say sadly because analogue wise there is a noise source somewhere that using board gain just amplifies the inherent noise.
The 8 channel ADC is great, the gain is great but where the noise comes from has annoyed me greatly.
Cheap electrets via a resistor and a cap would work great but you have to use much gain so welcome to noise.

The MAX9814 due to providing gain offboard and then providing a large signal you can get away with the board noise as with no board gain its minimal, but try one with the caveat you may need to go I2S.
The 5 pin Adafruit MAX9814 really are amazing little boards due to tristate AGC & Gain pins.
If you get any mono really cheap USB sound card you can parallel mics and the AGC will balance them dynamically which is great when your stuck with a mono input.
Whilst raving about an old electret board the AGC timing cap 100nf tC that adafruit for me is too low for Voice. Its Ok if you leave it float with the longest Attack/Release and prob would of been better with a 680nf where gnd would hold it at a mid point and you have a selection of usable AGC but hey (soldering iron needed

PDM mics for some reason came in real low in volume I mean really low and being digital slightly perplexed to why but think something is going wrong in the PCM conversion set up by the board DTB. 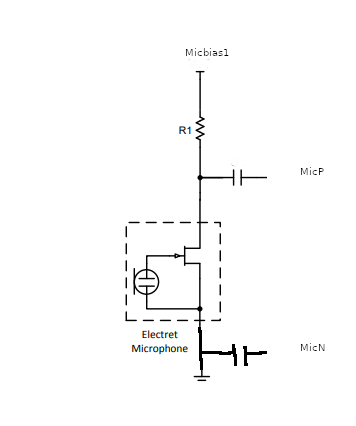 I am going to start with electrets and try and reopen the conv incase I have missed good info from before or anyone has missed how to use analogue Mics. Apols about my drawing but thats the circuit from what I can gather from Rockchip and...